It’s true that anyone can learn to code, but putting together good coding habits takes practice. Programming is one of the most simple vocations to learn without any prior training. However, for completely self-taught software developers, they might acquire undesirable practices that are difficult to break away from.

You may be oblivious to a typical vice until someone points it out. It might render your tasks unfeasible and prevent others from working together with you. There are many software development stacks available nowadays for developers and the following are 10 programming habits that you ought to develop early. It that will ensure your code is always clean and human-readable:

1. You Should Develop a Sense of Abstraction

As a software developer, when you code, it is important to break tasks down into small chunks and implement them one by one. But when we give variable names without sufficient abstraction, for instance, an array index of ‘i’, the variable doesn’t clearly describe its own purpose or function in the task. This can be dangerous because new developers who read your code might not understand what your variable does due to a lack of context.

Consequently, they may end up breaking your entire program by attempting to execute something that circumvents their understanding of how your program works. That’s why you should always try to create clear and concise variable names like ‘counter’ instead of ‘i’. will help new developers get started without any confusion.

Remember, as software developers, we are writing not just for computers but also for ourselves in the future. As a result, it’s critical to produce code that is understandable. In reality, programming is similar to composing an excellent poem. The tone should be consistent, the language should be descriptive, and the structure of the text should be effective.

Here are some pointers for producing human-friendly code:

Don’t reinvent the wheel – Re-inventing the wheel means trying to write code that has already been written. There is no point in doing this because there is very little chance that your version will be better than the original. If an algorithm exists already, then it’s best just to use it rather than try to write another version yourself.

2. Recognize How Your Code Contributes to the Success of Your Business

Every time software developer writes code, they should be thinking about how it contributes to the overall success of their business. If you’re not able to see that connection or understand its importance, then you’ve chosen the wrong profession.

Learning from other software developers is one of the best ways to become a better programmer yourself. There are hundreds of conferences and meetups taking place all over the world every year where you can talk to other developers and learn new things.

4. Listen More than You Talk

If you’re in a group of software developers, listen first and then speak. It’s the simplest approach to learning. You need humility to succeed in this job, especially if you believe you’re the brightest personality there. Great developers have the capacity and desire to admit that they don’t know everything.

Test-driven development, or TDD for short, is one of the prominent software development methodologies that encourages you to write unit tests before you write the code itself. This helps to ensure that your code is correct from the beginning and that it meets the requirements of the project.

6. Go Beyond Skill to Achieve Expertise

Aiming to become a good programmer is not enough; you want to achieve expertise. But this requires more than just knowing how to code; it also takes constant learning and an ongoing commitment to excellence.

7. Learn at Least One New Programming Language Every Year

It’s impossible to be a great programmer if you only know one language. By learning new programming languages, you will not only be able to improve your skills, but you’ll also become more familiar with different programming paradigms.

8. Get Help from Strangers on the Internet

If you’re stuck on a problem, there’s a good chance that somebody else has already encountered and solved the same issue. The best place to find help is on the internet, where you can find forums, Stack Overflow, and other online resources.

9 . Be Able to Explain What You’re Doing and Why —and Be Able to Do so Quickly and Simply.

As software developers, your job is not just about writing code—you also need to be able to clearly communicate with the rest of the team as well as clients or stakeholders. If you can’t explain what you’ve done or why then there’s no way anyone else will be able to understand it either.

10. Be Passionate about Your Work

If you’re not passionate about your work, then you won’t be able to achieve the level of excellence that’s required to be a great programmer. You need to love what you do and be excited to learn new things every day.

These are just a few of the most important programming habits; however, there are many more that software developers should consider adopting. If you consistently use these habits in your programming workflow, it can help to improve your productivity and efficiency as a coder.

Acodez is a prominent web development and web application development company in India. We have top-notch developers and designers who help our clients with the latest software applications and web portals. We are also a multiple international award-winning company having some of the best web designers in India in our team. Apart from it, we have a digital marketing agency working side by side giving marketing services at reasonable prices. For more information, contact us.

View all blogs
Why Low-Code and No-Code are considered as the Future of Application Development Google Ads Conversion Rates by Industry: How Do You Compare? 12 Customer Experience (CX) Trends In 2022 What Is the Difference Between Exit Rate and Bounce Rate and How to Improve Your Content Strategy Using These? The State of WordPress Design in 2022: Trends and Insights
Get Facebook help to locate the best Professional Services in your local area with this hidden tool! 12 Best Software Development Methodologies with Pros and Cons Scope of Web Designing in 2016 – Past, Present and Future 15 Top Reasons to Choose PHP over ASP.Net Best PHP Frameworks For Web Development in 2021 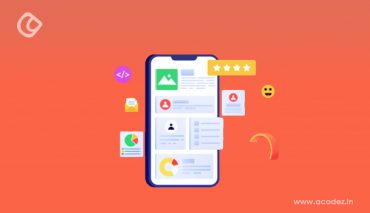