A Brief Introduction to Progressive Web Apps or PWAs

The name might mislead to the thought that this is limited to web apps, but this is actually the future of mobile apps.

All the latest and sophisticated technologies are summoned to collaborate the essence of web and mobile apps, which is the building block for any PWA. Or simply we can assume a website that has been designed and developed using the best of the available web technologies, but takes the shape of an app, offering the best user experience.

There has been considerable improvisation in the browser capabilities, as well as the innovations across the service workers, push APIs and Cache, which are allowing the users to get the web apps installed on their home screens, while working offline along with provisions to receive push notifications.

The best part of progressive web apps is that its being supported by a wide community out there, along with a large web network, comprising of latest plugins. Also, the deployment and maintenance of a website is very easy when compared with the innate apps that live in the app stores.

We are looking for easier and much conventional ways of deploying and developing apps across the web and mobile, while offering a seamless and an intuitively flexible user experience. Now, with PWI, you need not worry about developing different versions of your code for various platforms, devices or browsers, because this is programmed to run across the mobile and web with no distinction in the platform or OS or browser.

The advantage here is that the time taken to build a PWA is very less and the efficiency of the APIs that need no backward compatibility as in the case of the intrinsic apps is unbelievable. There is no version fragmentation required here, while you enjoy the benefits of an excellent deployment and maintenance that PWI offers, unlike the native innate apps that you have been building all this while.

As the developer enjoys the perks of PWA app development process, the end users have their share of advantages.

Did you know that the native apps that you have in your respective app store has been losing around 20% of its users? Yes, in the first interaction of the user with your app followed by the user starting to unwrap the features of your app, which will lead them to taking an ultimate action: the various phases, which involves – finding an app in the app store, downloading, installing and then, finally opening and running it

In between all these stages, many a time your users leave the app store, abandon the respective action and never return, which is a loss. It can be due to various reasons, including the waiting time. But, with PWA, we can eliminate all these unnecessary downloads and installation that goes on in between, allowing the user to start using the app instantly, with a prompt to upgrade it to a full-screen experience.

In the innate apps that we download from the app stores, the mobile apps are excellent as they consume less data and are faster, which is an advantage that has been implemented inside our PWA. Thus, helping to improve the user experience, enhancing user retention and app performance.

Characteristics fresh from the master brain:

We all are driven toward web application development that are responsive, with no doubt. Here, responsiveness is nothing but ensuring the PWA’s user interface (UI) is capable of fitting into the form factor and screen size of any specific or all devices.

The name indicates progressiveness and it actually means that the web app needs to be programmed to function across any device and improvise in a progressive pattern, pulling in the features of the device and browser that the user is using to access it.

Searchable or discoverable is one of the highlights of using PWAs. These websites are discoverable in search engines, which is something that our innate apps lack.

There is no need for a continuous internet or data connectivity option to use PWA, because it can work in low or no connectivity areas. In fact, it is programmed to function offline too.

Install it on your device’s home screen and start using it instantly.

As we have already discussed, PWA derives the website properties and as in any well-designed website, it implements the URI to imply the present state of the app. This helps the PWA to reload or return to the state, in case the user bookmarks or shares the URL of the app.

The app needs to be hosted on HTTPS, in order to prevent any kind of hacking or intrusions from dangerous external bodies. The interaction experience that is implemented via service workers makes it network vulnerable, making it essential to safeguard it.

Whenever there happens an update in the content, the app needs to be updated, the moment the user connects to the internet so that they have access to the fresh and newly published content.

Push notifications is one of the features that allows PWA to achieve the goals of reusing apps that is a common trait seen in mobile app users. Also, referred to as “re-engageable”

The main aspect behind designing a PWA is that it should resemble the native innate apps, while being designed on the application shell model, offering less or minimized page refreshes.

Introducing the core of PWA

By now, people who are implementing PWAs are quite familiar with “service workers” and are aware of its potential in powering the progressiveness of web apps. It can be confusing if you are an amateur in PWA. The main functionalities of service workers include:

To understand it better, we can define a service worker as the script or worker script, functioning behind the scenes, with no app dependency, executing in response to events, such as push notifications, changes in connectivity, and responding to network requests, and more.

In other words, this can be summed as a proxy or proxy request processing, which describes service workers and its functionality better. Whenever a network request is made, service workers respond to it by calling events such as “fetch,” assigning the users with full control over the event. It powers cached data examination and then, returns instantly or waits for the request to process at the remote server. The service worker script here acts as the proxy request or middleware operating and processing the request.

The service workers or the service workers script is considered to be a bit complicated and confusing, as they possess a lot of power and suppleness. This is why developers prefer to reuse the previously programmed functionalities, which could fit well while working in the offline mode. Mozilla is one of those browsers that provide a great deal of flexibility to service worker scripts to exercise their excellence providing the provision to build numerous applications with reusable code.

You can in fact take references from Google for service worker scripts.

It provides a lot of advantages, such as in case of a failed network request, the service worker will launch the offline mode and everything will be perfect and back to normal while the users enjoy an uninterrupted user interface experience.

You have all experienced the awesomeness of JavaScript and their functionalities in powering applications. Service workers are scripts based on JavaScript, and these files like any others can be executed in the background, triggering events. The developers are responsible for coding that triggers caching, push notifications and content fetching. But, there are pre-existing coding structures that you can use for all your applications alike for powering common tasks, to deprive the effort involved in coding from the scratch. You can access service workers on Android across Chrome 50, though it is not available on any other mobile browsers, but we can soon expect its arrival, owing to the increasing popularity.

We have in fact touched the topic on app shells in our discussions above. Let us examine it further in-depth.

So, what exactly is an app shell?

An app shell model is a design etymology that drives the basic shell of the app UI to unwrap during the initial load of a mobile web app. This will cause the content to load later. What you need to understand about app shell is that it is neither a web API nor a framework, but a design structure that developers can implement. This design approach is enriched by the caching capabilities of service worker scripts. Simple, isn’t it, though the name makes it sound complex.

The app UI’s shell and the content that it contains are maintained separate inside the app shell and different approaches are used to cache them distinctively. Whenever a user visits and happens to revisit at a later date, the app shell is well cached to respond and load as quickly as possible. Now, the user is at an advantage of experiencing a great performance and usability that the app offers.

You can use this in the context of iconic, wherein this allows the iconic app layout to load instantly, caching it in collaboration with the service worker script, and fetching and updating the content via JavaScript as soon as the app shell gets loaded.

A lot more improvisation can be applied to the PWA used to implement iconic and let’s hope that this happens soon in future. It helps you to relax and review the ease with which it allows the deployment of mobile web apps, service worker scripts for caching, and offline support while refreshing the content in the background.

There exists no provision to install native mobile web apps to the home screens. However, the end users can pin the mobile website to the home screens of their iOS or Android. The user experience is second hand and it is accompanied by very less features, which makes it practically impossible to utilize its characteristics when offline.

But, as technology enhances and improvises, a lot of changes are happening. One of the recent changes happened when Chrome launched “installing web apps to the home screen” functionality for its Android version. This is accompanied with a native install banner. But, how will Chrome know that we need to make our mobile website as flexible as a native app when someone tries to install it?

This is when the manifest.json file is linked to the main HTML file and called whenever a request is made for installation.

These features are not available for iOS, which does not provide any provisions for installation as in Android. Let us keep our fingers crossed to see some miracles that will be unveiled in the near future.

Are you looking for help with web development?

We can help you.

Acodez IT Solutions is a web development company in India offering web design and development services in India and abroad. We are also a SEO agency offering excellent inbound marketing services to our clients helping them take their business to the next level.

For further information on our services, contact us today.

View all blogs
7 Best Tools to Leverage for Progressive Web App Development Event Handling in Android Impact of COVID-19 on the Web Development Industry 10 Mobile App Development Tips for Small Businesses How Digital Transformation is Enhancing Customer Experience
Get Facebook help to locate the best Professional Services in your local area with this hidden tool! 12 Best Software Development Methodologies with Pros and Cons Scope of Web Designing in 2016 – Past, Present and Future 15 Top Reasons to Choose PHP over ASP.Net Best PHP Frameworks For Web Development in 2021 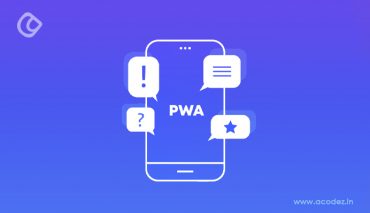 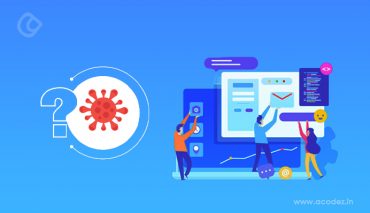 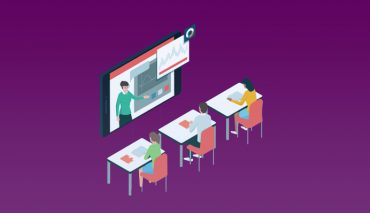