Vue Vs React: Which Is an Ideal JavaScript Framework to Choose in 2022?

JavaScript frameworks are all the rage nowadays; they offer a fast and easy way to create web applications.

The JavaScript ecosystem has grown rapidly over the past few years, with dozens of new libraries being released every day.

Many developers have started experimenting with these tools to build their own projects.

With the JavaScript world constantly churning out new technologies, frameworks, and tools, it can be difficult to keep track of everything that’s happening in the world of JavaScript development.

Every developer has their own favorite programming languages and frameworks that they use every day.

Choosing the right tools for your projects takes time and effort so you should be careful to pick exactly what you need.

This article will compare two popular frontend frameworks, Vue vs React to give you a better idea about which one might suit your project best.

Why Should You Use a JavaScript Framework at All When Building Websites in 2022?

An open-source JavaScript framework can help you build a web application faster and easily by including pre-written code for commonly used functionalities to reduce development time.

JavaScript frameworks facilitate the work of designers, developers, and other team members involved in website creation.

They also simplify frontend coding by letting you focus on what really matters: the small details that make your application truly unique.

The Differences Between Vue and React

Both React and Vue are javascript frameworks that offer a great foundation for managing the complexity of building user interfaces with reusable components.

Both Vue and React aim at creating dynamic interactions on the web through their component-based approach, they both allow developers to create maintainable web applications using simple JavaScript.

React has come out as the most popular javascript framework around mostly because Facebook uses it for its ads interface, it’s also easier to learn than Angular or Ember with the most resources available.

Pros & Cons of Each Framework

However, they are not completely interchangeable; each has the strengths that make it more suitable for some projects over others.

One of the main reasons people choose React is because of its large community and open source ecosystem which makes it easy to find answers to specific problems on StackOverflow.

React’s simple API allows developers to build complex components quickly without much code, making it easy for beginners to dive right in with little experience in advanced topics.

This simplicity comes at a bit of a cost; React isn’t as customizable as Vue.

The main reason why people choose Vue is that it’s straightforward and easy to learn, plus there are fewer barriers to entry compared with other javascript frameworks such as React.

It doesn’t confine you to working with specific libraries or tools but instead allows you maximum choice.

Vue is also very flexible and offers more than just the core library – developers can use official and third-party plugins to extend Vue’s capabilities.

React and Vue both provide an extremely smooth framework for building modern web applications that work across different browsers with minimal effort required from the developer.

They are both great choices if you want to learn web development with the latest technologies, they offer a lot of flexibility by letting developers change their code without complicated refactoring.

React’s simple API makes using it straightforward even for beginners; the main downside is that its learning curve can be steep compared to other frameworks like Vue.

Vue is easier to learn than React and very easy to integrate into existing projects thanks to its reactivity system, which means you can add Vue one component at a time until your application becomes more complex.

Vue’s main downside is that it doesn’t offer the same performance as React, which makes it more suitable for smaller applications than large-scale projects.

How To Get Started With Vue or React

React requires you to choose from one of its many libraries, depending on what your project needs – Flux or Redux.

It also takes longer to get started with React because it has a steeper learning curve until you get familiar with all these extensions and their inter-workings.

Once mastered, however, developing apps in React becomes much easier compared to other javascript frameworks like Angular 2+ or Ember.

Vue provides developers with scaffolding options via popular IDEs such as WebStorm or Visual Studio Code, which make it easier to get started when building applications.

Vue also allows developers to link different components in the same application, making it possible to structure them into separate projects and build large web apps by combining only the required components together.

Due to its simplicity, Vue is best suited for small-to-medium scale projects that require rapid development, fast prototyping, or app mockups.

It isn’t very suitable for large complex projects with high-performance requirements; React is much more suited in this case.

However, you should consider using Vue if your project needs maximum flexibility because everything can easily be changed without refactoring existing code – something that React doesn’t offer due to its simple API design.

Hiring Demand and Talent Availability for Vue Vs React

Despite being simple to learn, there are significantly more React developers on the market.

So, if you have a complex app requirement that can’t be handled by an amateur, React developers with expertise in more advanced features may need less time to get up to speed.

Vue and React have remained relatively stable in terms of developer knowledge, according to a 2019 study conducted by HackerRank. Interestingly, however, Vue.js is on the rise.

In 2020 and 2021, Monterail interviewed 1,500+ developers and CTOs and discovered that 90% of them intended to use Vue.js in their future endeavors.

In 2019, only 11% of CTos and developers surveyed had been using the framework for more than two years.

Vue is a perfect solution for developers with different backgrounds, as it doesn’t require a background in highly specialized computer science – Vue-specific jobs appear on the market every year, which makes it easier to find a job that fits your skills.

As mentioned earlier, there are more React jobs on the market due to its popularity among JavaScript developers, but overall they remain pretty stable if compared with other frameworks such as Angular or Ember.

Web Apps Made with Vue and React

Here is a list of companies that use Vue:

Here is a list of companies that use React:

Vue and React are equally popular among web app developers as both have a huge open-source community that creates various components used in all sorts of applications.

There’s no clear winner when it comes to Vue vs React for web apps; most projects require the basic features they offer, which makes choosing between them simpler than you might think.

You can build almost any application using either one – maybe even more easily using Vue compared to React because learning curves are lower with Vue or Angular for beginners than with React or Angular for more advanced developers.

Vue is definitely a great choice for small-scale projects, while React will do well in larger apps with complex requirements that don’t require extensive customization.

We’ve started to notice some of the same questions about Vue and React popping up more frequently on the web. We wanted to take a moment to answer them here once and for all.

Is Vue actually used by any big companies?

Yes, there are quite a few popular companies that use Vue. Some examples are Alibaba, GitLab, Behance, Euronews, Vice, or Trustpilot.

This can be found on Github, an online platform for open-source projects where you can explore different repositories made with Vue.

Developers have also written articles about their experience working with it, which makes Vue an ideal option for teams that want faster development cycles without sacrificing much in terms of performance or user satisfaction.

Yes, React Native is a framework that allows you to build apps for iOS and Android. It’s a great choice if your company plans to release an app in the future.

What about Vue? Vue.js was created as a lighter alternative to other frameworks, one that only implements the code that’s actually needed rather than everything under the sun. In terms of speed, Vue is at least on par with React.

The main difference between these frameworks is their simplicity – React doesn’t offer many customization options while Vue lets developers customize pretty much everything from templates and routing to state management and error handling.

In terms of SEO, Vue is completely compatible with SEO practices implemented by web developers, React not so much.

Google can’t index client-rendered content yet, which means that the only way to handle metadata for React apps is through server-side rendering.

Vue, on the other hand, lets you include page titles and meta tags dynamically in your templates. It also works great with frameworks like Next.js, an advanced React alternative built specifically for creating universal applications.

For beginners, do you recommend learning Vue or React?

For web development beginners, we definitely recommend Vue since it’s a great all-around framework that doesn’t have any steep learning curve.

It also has a more convenient documentation website with lots of excellent tutorials to guide you through the process.

There are even tools like Vue-CLI that allow developers to create projects without having to eject from their applications.

The only downside is that Vue doesn’t have as many third-party plugins or components as React does which might force developers to write additional code in some cases. 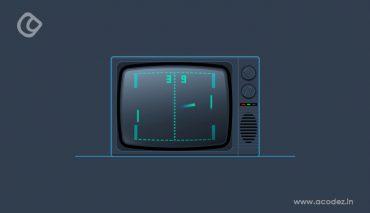 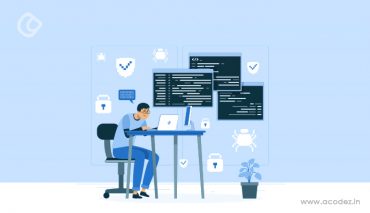 What is Lean Software Development (LSD)?