Let us Take a Look at the .NET Framework

Developed by Microsoft, this software framework comes with a runtime environment, which can be used for creating Windows apps as well as web services. .NET Framework provides a huge class of library, often referred to as .NET framework class library. This library is a repository of a range of interfaces, value types, and classes, which can be used to enhance the functionality and features of your project that is being developed.

In order to speed up the development process and to make it easier, the .NET framework offers a runtime software environment, which can be easily executed in a common language runtime (CLR). This application virtual machine ensures that this process is faster than ever. The CLR comes with certain functionalities, such as security, memory management, and exception handling.

In the year 2002, .NET framework 1.0 was released by Microsoft. This happened to be released as the proprietary software framework of the Windows platform. Since then, .NET Framework gets regular updates as and when new trends hit the software development industry.

Very recently, Microsoft made some changes to the core architecture of the .NET Framework. The main intention behind this redesign of the .NET framework was to make it easier to test, deploy and develop modern software apps – which meet the user demands and expectations. Later, .NET Core 1.0, as well as ASP.NET Core 1.0 and Entity framework, was released.

Who would not want it if they can get a completely open-source cross-platform software framework for free? Yes, that is .NET Core. It is compatible with a range of operating systems, such as Apple, Mac OS, Linux, which uses Apache 2 and MIT license, and Microsoft Windows.

.NET Core is the combination of ASP.NET MVC and ASP.NET Web API. These can be downloaded on GitHub. If you need any help with .NET Core development, use Visual Studio 2017.

And as we discussed, .NET Core offers a wide range of functionalities that make developing and testing of web, cloud, desktop and mobile apps easier and simpler. With this framework, it is easier for developers to deploy applications in a variety of ways. Though it comes with all these features, it might not offer as many features and functionalities as the .NET framework might offer. However, to make the process easier for you, we decided to take you through some of the major differences between the .NET framework and .NET Core to make the process of choosing between them easier for you. 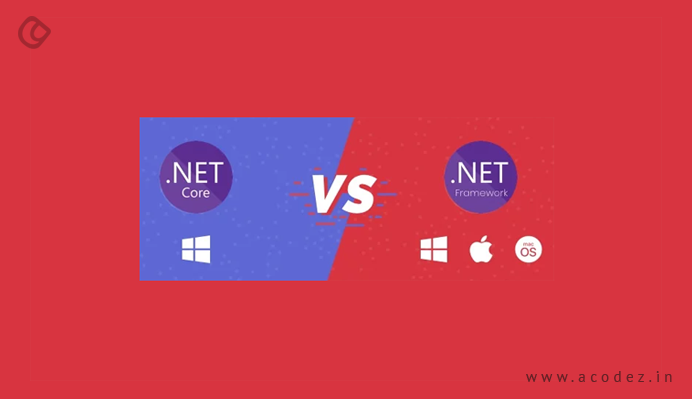 This is one of the main points that developers these days look for when choosing a framework for their project. As we discussed, the .NET Framework happened to be released as proprietary and licensed software framework. Some of its components were added to the open-source kit over time (thanks to Microsoft).

However, Microsoft released .NET Core as an open-source framework. This makes it a preferred choice of businesses and service providers of all sizes to use .NET Core to develop apps as it does not need you to pay any licensing fees.

The sad part of using the .NET framework is that it allows developers to build apps for only the Windows platform.

Unlike the .NET framework that supports just one platform, .NET Core is cross-platform compatible. It can be easily combined with a variety of operating systems, such as Linux, Windows and OS X. With this compatibility, developers can easily build cross-platform apps, while also making it easier to port their existing apps from one platform to another. 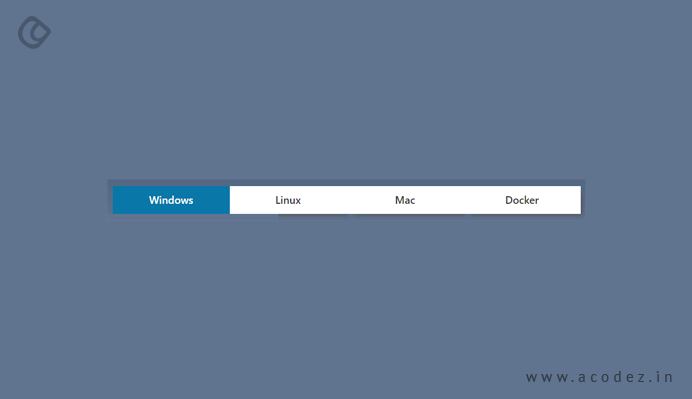 While installing the .NET framework for Windows, make sure to install it as a single package and runtime environment.

When it comes to .NET Core, which is cross-platform compatible, it would need to be packaged and installed independently of any operating system. Here, the developers are responsible for compiling Nuget packages which are included in .NET Core. It is also possible for compiling Nuget packages into the app directly or go ahead and place these within a folder – accessible from within the app.

Based on each application (which has varied needs), the developers can choose and use the library that meets the specific needs. This will automatically eliminate unnecessary libraries, which would improve the performance of the app. 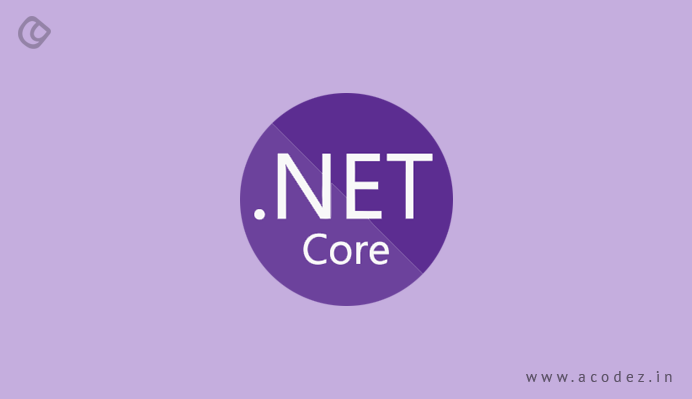 When it comes to the category of app models, both .NET Framework and .NET Core are entirely different. The app model of .NET Framework includes ASP.NET, Windows Forms, and Windows Presentation Foundation or WPF.

But the app model of .NET Core comes with ASP.NET Core and Windows Universal apps.

When the .NET framework is used with web apps, the developers get an option to implement a robust web app framework, such as ASP.NET. However, the .NET Core would come with a newer or updated version of ASP.NET (sometimes, renovated or redesigned).

With this, the developers get to use ASP.NET for building cloud as well as web apps. Besides being open-source, ASP.NET Core is available across three distinct platforms, including OS X, Windows, and Linux. 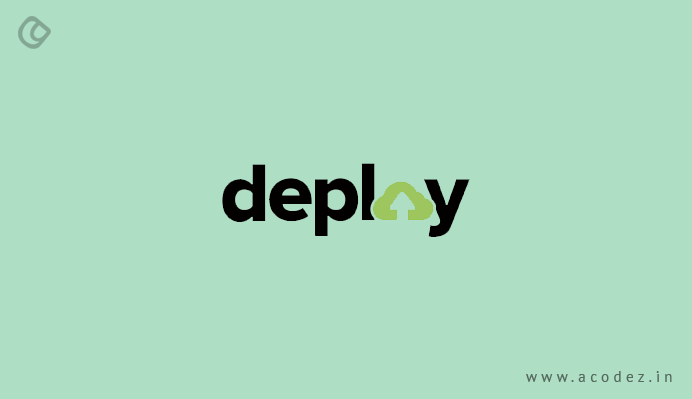 When deploying web apps (developed using .NET Framework), the developers need to ensure that these apps are deployed on Internet Information Server. However, it is possible that the web apps developed using ASP.NET Core can be easily hosted in many different ways. It is possible for the developers to deploy the ASP.NET Core apps directly to the cloud. It is also possible to self-host these apps. This can be done through self-hosting processes.

.NET Core comes with a number of features that help to simplify the development and deployment of cloud-based apps. This cannot be found in the .NET framework. With ASP.NET, developers can create a range of cloud-based apps, according to their choice. They also get the option to publish the apps directly to the cloud. This is done by acquiring a cloud-ready configuration within the ASP.NET Core.

You would not find any robust tools or frameworks within the .NET Framework that makes it easier to simplify the mobile app development process. However, unlike the .NET Framework, you will find that .NET Core is easily compatible with Xamarin via the .NET Standard library. With Xamarin, developers can easily write cross-platform mobile apps in C# language, using a shared code base. Also, they can use the same set of APIs.

Also, there are certain tools provided by Xamarin, which can be used for customizing the mobile app for a range of individual mobile platforms, such as iOS, Windows Phone, and Android.

It is also possible for the developers to create robust systems by bringing together a range of microservices.

.NET Framework would be more expensive than .NET Core when we compare the performance and scalability of apps. With it, developers can improve the performance of apps without having to deploy any extra resources or hardware. With it, developers can create, deploy and test apps directly within the cloud. If you think these are way much better than the features offered by .NET Framework, you can switch over to .NET Core, which will help enhance the performance and scalability of apps without the need to invest any time or effort. 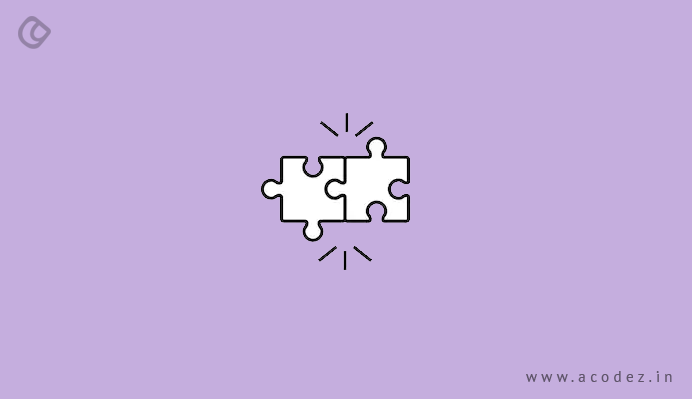 Now, it would be easier for you to choose the framework that best fits into your business requirements.

Acodez is a web design and web development company in India offering all kinds of web design and development services at affordable prices. We are also an SEO agency offering inbound marketing solutions to help take your business to the next level. For further information, please contact us today.

View all blogs
How Mobile Apps Are Revolutionizing the Future of E-Learning Why Low-Code and No-Code are considered as the Future of Application Development Google Ads Conversion Rates by Industry: How Do You Compare? 12 Customer Experience (CX) Trends In 2022 What Is the Difference Between Exit Rate and Bounce Rate and How to Improve Your Content Strategy Using These?
Get Facebook help to locate the best Professional Services in your local area with this hidden tool! 12 Best Software Development Methodologies with Pros and Cons Scope of Web Designing in 2016 – Past, Present and Future 15 Top Reasons to Choose PHP over ASP.Net Best PHP Frameworks For Web Development in 2021

The Importance of Documentation in Web Development