The world of front-end frameworks is so vast and awesome that designing is incomplete without these. The way they support designers in creating beautiful websites, setting up those to get them run with responsiveness being the key, including high-end user interface (UI) entities is what they help with. Every year, a huge number of CSS frameworks are launched in the market, which helps in creating out-of-the-box ideas for websites design. This, in fact, is a great help for the developers who have a wide variety of options to choose from.

But, to bridge the gap between providing a great user experience (UX) and UI, we need to consider some of the most important factors that will make the process efficient and smoother.

Listed below are the characteristics of front-end CSS frameworks that makes it stand out in the crowd.

We all are expecting a front-end framework that would ease and simplify the process, while also ensuring that it will speedup the process.

We will take you through some of the CSS frameworks that will help front-end developers to explore the awesomeness of UIs in their design.

How to improve ecommerce UX design

Whenever a list of CSS frameworks is created, it is out of question that we do not include Bootstrap in the list. Such is the popularity of Bootstrap owing to be exceptional features that it offers. It was developed by one of the most popular social networking sites, Twitter and today is one of the most preferred CSS frameworks. This popular and widely used front-end frameworks comprises CSS, Javascript and HTML. These contribute to developing high-class responsive websites irrespective of the device or screen size. Bootstrap also provides a variety of responsive templates and themes that will help you further with your web design and development.

The evolution of Bootstrap and materialize 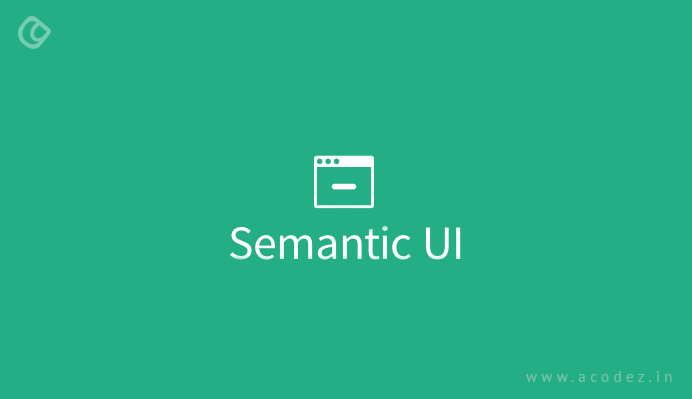 Semantic UI can be regarded as a not-so-popular and new CSS framework. But within the short span of time, it has managed to acquire a huge market and community support, which makes it one of the preferred choices of front-end frameworks among the users. The simplicity that this framework offers is what makes it popular among developer community. The code is quite self-explanatory largely because it depends on natural language. The framework can be easily used by anyone who has less experience in the field of designing. Since this CSS framework is a recent release, it also brings you the features of the latest developments in web design. Also, it is integrated with third-party libraries, such as Ember, Meteor and Angular. This makes it possible to work on your projects without including any additional library.

This is one of the best choices when you are working with the specifications of Google’s material design. It is a responsive front-end CSS framework, which accentuates the latest trends in web design. Some of the features that makes this a preferred choice of users include forms, icons, buttons, cards and more. Interesting, all these various components of Materialize CSS is developed on the basis of the guidelines for material design. These ready-to-use components make it possible to create websites that are compliant with material design.

The UI Kit framework provides specific features unlike the other frameworks, which makes it stand out from the other frameworks in the list. This is possible because it works by integrating the goodness of the SASS and LESS CSS pre-processors. It provides a number of components that are dexterous, responsive with uniform naming conventions. Obviously these are the factors that make UI Kit most popular.

Created with a light-weighted array of CSS modules, Pure is one of the frameworks that can be used to create any project of your choice. With the help of Pure, it is possible to create an array of features, including grids, menus, tables and buttons. Also, it does not support any of those Javascript for JQuery plugins as it is based on CSS.

The company, Zurb created the CSS framework Foundation. This CSS framework is an enterprise-grade and highly advanced framework that helps in developing responsive and light-weight websites. Foundation is being used by a variety of sites, including eBay, Mozilla and Facebook; it can be quite complex and non-suitable for developing websites by beginners. It comprises the base created by data interchange parameter and executes on SASS pre-processor thereby helping you create light-weight HTML sections for mobile devices and heavier ones for screens with huge resolutions. 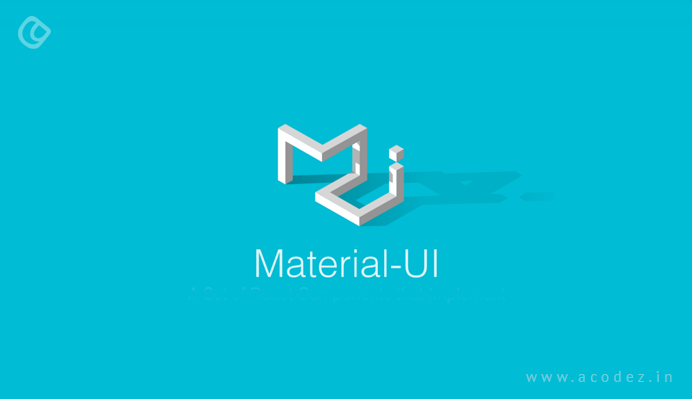 This is one of the best CSS frameworks that helps in following 100% material design guidelines as laid down by Google. The ready-to-use CSS and material design compliant websites are created on the LESS pre-processor. It is built on top of React components, which again makes it a highlight. It comprises styles that are split into separate files and is highly customizable. This helps in overriding LESS CSS variables so that it doesn’t affect any of the framework’s components.

When and how to use motion UI design in your apps and websites.

Again, another framework that helps in Google’s Material design, this runs Stylus as the CSS pre-processor. This framework, Leaf is in its early days, though its makers are highly expectant on making it one of the exceptional frameworks to be used in the development of websites for the next generation.

Very similar to Skeleton, Milligram is another exceptional and tiny framework. Try Gzipping it – as interestingly it can be seen in 2KB size – which provides developers with an ease and conveniently this should be the starting point. The grid system from Milligram is very much different from others as it implements CSS flexible box layout module standard. It comes with a few entities that includes forms, buttons, block quotes, typography, lists and tables.

This framework is one of the light-weight responsive boilerplate that comprises nothing more than 400 lines of code. With the help of this framework, you can develop a website by including minimum components. This does not necessarily be all inclusive like all the frameworks that we already discussed. Being a 12-column gridded system, it is also responsive and comprises lists, forms, tables, buttons and various other entities.

Web Grid, being a CSS-grid based Grid system helps with web development and this minified Grid CSS weighs very much less than a KB.

This CSS framework is very simple and easy. Toast is a 12-columned responsive grid which creates light-weight designs and its box sizing feature helps in adding up padding and other borders to the grid without disturbing anything else in the surrounding.

This 960 Grid System in an effort to rationalize the workflow of web development, which is further fuelled by the commonly implemented dimensions on the basis of a width of 960 pixels. This comes with two variants, which include 12 and 16 columns each and can be separately used in a cycle. 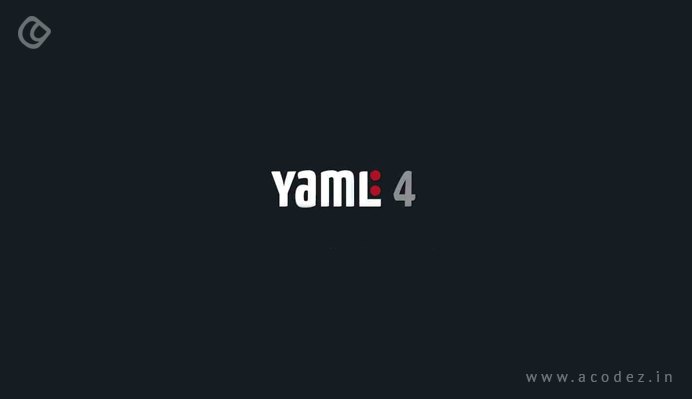 This modular CSS framework helps in creating websites that are accessible, responsive and lithe as well. YAML has been tested and supported by a number of sophisticated browsers, such as Opera, Firefox, Chrome, Internet Explorer and Safari.

Gumby  is 960-grid responsive CSS frameworks that comprises a variety of multiple and different kinds of grids with different variations in the columns, thereby enabling you to enjoy a flexibility throughout the life cycle of a website’s development process.

This CSS 3 grid system framework, Responsive AEON, provides a responsive grid that is based on HTML 5 as the starting point and Javascript. 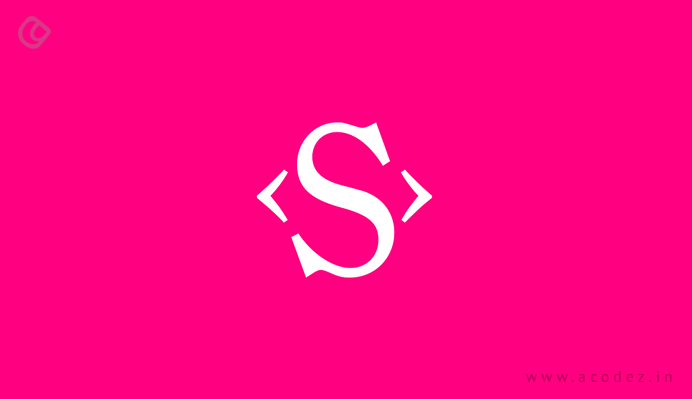 Developed on the basis of Natalie Downe’s CSS systems, Susy is one of those responsive grids that is made possible by SASS. Also, the integration of Compass makes it easier and simpler to use it. It is possible to implement it anywhere, including static sites, such as Rails, WordPress, Django and much more.

This CSS grid-based system comprises a mix of a number of others and comes with some customized code as well. This grid system is flexible and has been borrowed from the cssgrid.net and some of its code inspiration has been derived from 960.gs.

This CSS grid system helps in developing websites that are adaptive. It comprises typography that has been preset on the basis of a single grid that includes 4 layouts and 3 sets.

Some of the advantages of using CSS frameworks:

These are some of the very few advantages though it helps in making the web design and development process much easier and swifter than expected.

If you are looking for some help to create websites that stand out, then, we can help you. Acodez is a web design and web development company in India that helps in developing and designing websites that are based on the latest trends and ideas. 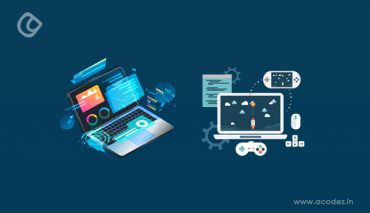