What is an Encrypted Virus – Its Threats and Countermeasures?

Ransomware and Crypren are examples of the encrypted virus which encrypts victim’s files. An encrypted virus uses an encryption method to hide – It shuffles its code to frustrate its detection – from malware scanners (antivirus).

Nevertheless, since all the encrypted files in a computer system require a decryptor, an antimalware integrated with a decryptor can be used to detect the virus.

Variants associated with encrypted viruses are characterized by the encryption of files on infected computer systems and networks, although some variants are said to delete files or even block access to computer networks/systems.

Upon infection, encrypted viruses cause changes to the existing registry entries and destroy system processes that might hinder their encryption.

To perform encryption on the computer system/network, the encrypted virus may start to execute numerous activities on the host computer, beginning by probably confirming whether the virus is thriving in a virtual environment.

If the confirmation is positive, the virus may self-delete and no file will be encrypted. But if it is an actual operating system, then the encryption of the files will begin soon as the encrypted virus enters the system.

The increasingly growing digital world is probably the main cause of the development of the sophisticated encrypted virus.

Whereas most encrypted virus infections are opportunistic and are disseminated via casual infection ways like the ones mentioned above, in some incidents, the perpetrators of these cyber-attacks act specifically targeting a particular victim or computer system/network.

This event might occur when cyber-criminals infect particular sensitive systems to extort money from the victim(s).

In the last half-decade, encrypted virus variants have grown to include exfiltration of information, involvement in distributed denial of service (DDoS) cyber-attacks as well as anti-identification elements.

In the case of ransomware, for example, one variant is known for deleting files notwithstanding a payment was made or not.

Other variants feature the ability to lock cloud-powered backups regardless of whether the system automatically backups their files in real-time.

Other variants purport to be the property of law enforcement institutions and the victim must pay some penalties for committing an offense or conducting unlawful operations like viewing obscene content on their computers.

In order to appear legit to the victims, these notorious variants can determine the physical location of the victims so that they (variants) can quote the name of the nearby law-enforcement institution familiar to the victims.

Hurriedly and without asking themselves if there is any law enforcement agency that will remotely disable someone’s computer or demand for penalties in order to unlock it, users are provoked to send money to fraudsters.

Encrypted virus attacks are normally executed by Trojan which enters computer networks/systems via, for example, email spam, malicious attachment, or even vulnerabilities in the network.

A payload is then run by the program locking the network in a particular fashion or it purports to lock the network when it actually doesn’t.

These payloads might present some cautionary messages to the users purporting to be from a government security agency or some law enforcement institution, claiming the user has violated some ethics or has committed illicit activities, or their systems contain illegitimate contents like pornography or pirated information and they ought to pay for these “damages”.

In some cases, the payloads are designed with applications with the capability to lock or obstruct the network until some agreed money is extorted from the victim, ordinary by either configuring the window shell or tampering with the master boot register to stop the system from functioning or from booting.

These sophisticated payloads use encryption techniques to encrypt the files such that the author of the virus possesses the decryption key to unlock them.

In most encrypted virus threat instances, paying unlocking “fees” is virtually the desire of the attackers and the network user (victim) will be forced to pay for a “ransom” for their systems to be freed from this mess by being supplied with either a program capable of decrypting the encrypted files or an unlock code that undoes the modifications inflicted to the system by the payloads.

Whereas the attacker may end up taking money from the victim without restoring the “damaged” systems, the attackers find themselves amidst a messy fight because the victim will stop sending the payment when they realize the attacker is not willing to carry out the decryption as they agreed.

A clever way of making encrypted viruses work effectively is to develop a convenient way of receiving payments from victims and which is difficult to trace.

A variety of payment channels that have been tested “secure” for attackers include wired money transfers, digital currency, bitcoins, as well as paysafecard platforms.

Often, mobile encrypted virus payloads are basically blockers since there’s an insignificant incentive to data encryption as the user (victim) can restore their devices through online synchronization.

Attackers of mobile devices target android OS users since it permits the installation of apps from third-party sources.

Mobile encrypted virus payloads are disseminated in form of APK files to be installed by an unaware android user which upon installation may either display a blocking notification to all the apps or another form may clickjack the device causing the user to award its administrator rights of their device.

Also, the DSLR – Digital single-lens reflex – a type of camera that is infected with virus encrypted viruses. This is because these devices use PTP – Picture Transfer Protocol-based picture sharing technique.

Security experts have discovered that it is easy to exploit vulnerabilities associated with these types of protocols to compromise the cameras with encrypted virus payloads.

As compared with other types of malware, encrypted virus payloads might be hard to detect using typical antimalware software.

It may take some time for a virus to be fully encrypted into the system/network implying that if an encrypted virus is suspected, it can be removed immediately before it complicates the entire process of detection and elimination.

Security pundits have proposed the application of security policies that block the launching of payloads to avoid malware-infection, but this will not protect the entire system from attacks.

Therefore, adopting a proper backup for the organization’s information is critical because some attackers will launch encrypted viruses to steal or delete files from victims’ computer systems/networks.

Protecting computer systems with the latest security updates from software vendors assists in mitigating the vulnerabilities existing in these networks.

Another approach is to exercise cyber hygiene, that is, being cautious when opening links and email attachments, and ideally staying separated from public networks.

Also, any infected computer must be isolated from the network.

Computer users should adopt incident response plans that spell the measures to take in case of an encrypted virus attack.

Also, the user must consider including a warning banner to their emails to keep them alerted of any vulnerabilities when clicking on links or opening online attachments.

When opening Microsoft Office files sent via online platforms such as -, WhatsApp, or Telegram; using an Office Viewer Software is a more secure process than using office suite applications.

When accessing the web, a proxy server and an ad-blocking must be considered. Access to frequent virus entry points like private emails and social media platforms should be restricted.

Training employees about social engineering and phishing attacks. Workers should be taught never to open suspicious emails, be cautious when clicking links or opening attachments sent via the web, and exercise caution before visiting unknown internet sites.

Remember to close browsers when idle.

Tips for Cyber Security when Working from Home: Challenges and Solutions

Encrypted viruses are propagated via several methods. Most of these methods are user-initiated and prompt computer users to click links with malicious content, email spam, infectious attachments, or even legit attachments combined with infected codes.

Computer users may be duped to visit a malicious or malware-infected website.

In other cases, the infection is provoked by simply downloading virus-infected files, thus security pundits advise computer users to confirm the source of emails and avoid downloading attachments sent on their emails anyhow.

Also, encrypted viruses can also be spread through other means like in a case where the virus is introduced as an illicit program – cracks, patches, or key generator software – to the victim’s computer system.

Attackers may disseminate their malware through malvertising or even drive-by downloads that require very little to no human engagement for the propagation to take effect.

Acodez is a renowned  website design company in India , offering Emerging Technology Services to our clients across the globe. We offer all kinds of web design and web development services to our clients using the latest technologies. We are also a leading digital marketing company providing SEO, SMM, SEM, Inbound marketing services, etc at affordable prices. For further information, please contact us.

AI- A Passage for Cyberthieves 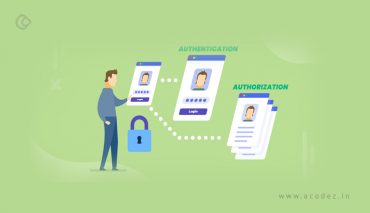