An Overview of the Current Technological Trends in 2021

We are now in 2020! The goal of that article is to summarize what happened since the 90’s and what we could expect this year, in terms of technologies. In this article, we wish to perform a panorama of 30 years of tech development, from the 90’s to the year 2020! That article may especially appeal to readers such as the Millennials but others such as Generation X or even generation Z may also find an interest reading it!

We easily recall – for many of us – the time when we ‘surfed’ using 36k or 56k voiceband modems making a lot of noise when they connected to the provider, usually the national telecom operator. Then technology progressed very fast: NDIS allowing us to reach the 68k speed then appeared the Asymmetric Digital Subscriber Line (ADSL). The cable and fiber optic developed everywhere and we reached over the years speeds of several megabytes per second, far more than the average user needs!

Parallel to that, the mobile internet developed from GPRS to UMTS and from UMTS to 3G, 4G …

The Wifi technologies also spread in cities all over the world, allowing computer users to get more and more connectivity.

The internet became a great source for everything, especially work and business … and Google, at first, an obscure start-up used to complement the results of the yahoo directory search system, became the giant that we currently know, the great god and manitou of the web which rules and orders the internet.

At the same time, companies used more and more servers, clouds, computation servers for their needs.

A dark side of the web developed unfortunately and as of 2020 a parallel world and shadowed ‘internet economy’ has developed itself into the depths of the forbidden ‘deep web’.

With the internet came the age of cybersecurity because a new branch of crime developed, making a profit by performing fraudulent transactions or using criminal schemes over the internet.

Who had a mobile phone in the ’90s? How many of us could claim that they were, at the time, the owner of a Nokia mobile phone and the corresponding costly phone abonnement? Probably very few of the actual readers.

As of 2020, there are more than 5 billion mobile phones all over the world, equipped mostly with the Android operating system developed by Google. They act more as mini-computers than as phones. In fact, mobile phones are now described as computers who can be used, as well as phones. Their usage is predominant in our lives. We do more and more things with them.

Business people found smartphones more convenient to use than a laptop and the same smartphones are now capable of running 3D video games and stream films so that average users are happy with them too!

They have generated an industry of their own and the google application store (Google Play) is crawling with applications for banking, personal development, office management, etc… Not to mention its competitor, Apple, which is selling the expensive iPhone all over the world!

In the ’90s, Computers were slow and expensive. Some may recall the 286, the 386 or 486 intel processors or the Motorola 68k! They were, at the time, the best-sellers and people would look at you with envy if you could own one of the few prestigious laptops using such powerful processors.

Then, appeared the math-enabled processors such as the Pentium I or the Power PC. GUI-based operating systems such as Windows or macOS became more and more developed while console-based systems like DOS or Unix remained used only by special industries or universities, they gained version after version, fluidity, and speed. Computers became cheaper and cheaper and finally became a very basic product that everyone could afford, no more the symbol of an elite. The Linux Operating System appeared as well and with it, the rise of the open-source, something quite new for most of the computer users.

We became used to the computer, it even became a part of us, a tool that most workers would use, every day. With it appeared a world shaped with computer marketing and it became more and more important and predominant in our lives.

The idea of paying and getting paid with electronic tokens, computer-generated money would have seemed absurd to most of us in the ’90s.

As of 2020, cryptocurrencies and e-money are now a reality, something we are not afraid of. The words of ‘Bitcoin’ or ‘Ethereum’ or even ‘blockchain’ are now familiar to almost everybody and as we believe, this is just the start.

Paypal, Google Pay, Paypass … have become a usual tool for us. In the web-economy, we can hardly avoid them. We are now used to download payment apps, especially in smartphones and we used them to pay products or make money transfers. It is a part of our every-day life.

Artificial Intelligence is a new trend. It appeared only very recently and in a very surprising way, mostly alarming as many experts all over the world started to announce the dramatic fall of mankind because “A.I” would start to take control of all of us.

Algorithms are everywhere. In automatic trading systems, in the decision-making system, in smart computations, in the google ranking system, etc…

Strangely enough, these algorithms aren’t really new, some of them were developed in the late ’40s and they have been developed and implemented in many industrial systems for decades without the public even noticing their presence.

Finally, what is more feared is a computerized world, auto-regulated which could put humans ‘outside the loop’ and let unhealthy and unethical businesses develop themselves if some rules are not created but it is true that – as of 2020 – humans feel that they are a test and that machines may perform equally if not better than they do, in plenty of domains. This is where science-fiction joins reality!

Very recently also, quantum technologies started to make some buzz because several advanced had been done by companies operating on the topic, including Google. Until recently, the will to create a quantum computer appeared as a dream and this sudden news – about the ‘imminent’ arrival of quantum computing – started to create massive fears, especially among cryptographers, who claimed that several cryptographic algorithms such as 3DES or RSA, used widely in financial transactions, for example, could be broken. Nobody knows what could do a real and powerful quantum computer but it is expected that it could compute thousands of times faster than the actual digital computers.

We start to see now a few robots walking, talking and doing tasks usually reserved for humans – as the police. There are only a few of them outside but we understand that we are certainly just at the start and soon, many factories will be developed and produce robots for all sorts of usage: war, law enforcement, factory workers,  shop clerks, cashiers, etc… not to mention unmanned vehicles (autonomous drones…) After all, it would be nice if countries used nothing but robots to make wars between themselves, isn’t it? (as long as these soldiers-robots do not mess with humans)

One of the most controversial aspects of the technology which has developed itself recently is the rise of control systems. GPS, live cams, microchips, etc… have created opportunities for some countries and organizations to develop powerful control systems. On one hand, they can be used for good, to protect citizens and to help law enforcement but, badly used, they can also be dangerous tools of control and restrict freedom and restrain people’s rights. Therefore they also need to be safeguarded.

Finally, the biggest technological revolution and the biggest threat may not be the one we think… blockchain technology is now entering in every aspect of the economy, from banks to insurance companies or car manufacturers it is expected that the blockchain networks, either public, permissioned or hybrid will enter every aspect of our lives, connecting and auto-managing connected devices of various shapes and natures. Blockchain is self-sufficient and as such may need real global regulations to prevent excess and abuse of use.

The future will tell us what directions will be taken by international organizations regarding this.

It seems inevitable that we enter into a new age, an age of technology and science. 2020 will see the development of more and more new technologies and create more and more disruption into ‘traditional businesses’, the same businesses that seemed to innovate ten years ago!

Think that Nokia, the powerful phone manufacturer of the 2000s, disappeared only a few years ago!

Some may be afraid of such an evolution, while it was predicted by many authors and anticipation writers. There are no ways we will go back and this is a one-way ticket. We should not be afraid of technology, we shall learn how to deal with such new opportunities in a humane and more clever way, especially to become more respectful of the planet and the climate!

More than ever, there will be a need for some global forces and synergy to regulate and direct the incredible challenges that will appear with such brand new powers as offered by global technological development!

View all blogs
UX vs. UI – Which Should You Focus? 5 Tools to Improve Your eCommerce Site Top 5 Benefits of Headless Commerce Platforms All about Java Strings What is Inclusive Design? What are the 7 Principles of Inclusive Design?
Get Facebook help to locate the best Professional Services in your local area with this hidden tool! 12 Best Software Development Methodologies with Pros and Cons Scope of Web Designing in 2016 – Past, Present and Future 15 Top Reasons to Choose PHP over ASP.Net Best PHP Frameworks For Web Development in 2021 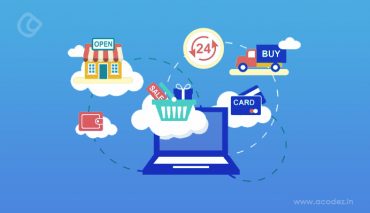